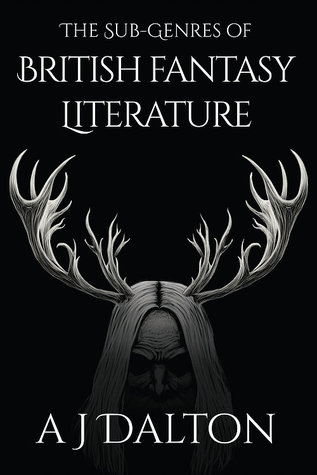 Adam (AJ) Dalton’s slender exegesis is part of his PhD work, serving to help position his own fiction at the forefront of the subgenre of metaphysical fantasy that he coined back in 2008. That subgenre, Dalton claims, is a darker evolution and extension of traditional epic fantasy, reflecting the cynicism and anxieties of the modern world yet still maintaining many of the traditional tropes and never turning as nihilistic as Grimdark. While the heroes and Chosen Ones of metaphysical fantasy may go on quests to save the world, and to discover themselves, they may break both in the process. Unlike traditional epic fantasies, there may not be happy endings, but unlike Grimdark, there is always hope.

The evidence Dalton gathers to support this argument relies on examination of his own books (notably Necromancer’s Gambit and Empire of the Saviours) and contrasts against other leading fantasy literature, as well as the social and historical context of previous subgenres of fantasy. I can’t help feeling that a greater examination of the development and differences between metaphysical fantasy and Grimdark might have been beneficial, given Grimdark’s continued dominance in the field – though as it stands I firmly support Dalton’s assertion that metaphysical fantasy ploughs a more hopeful and optimistic field, since despite the bleakness of the times we still need heroes, even if they are broken ones.

I’m also slightly surprised that Dalton doesn’t focus more on the work of Michael Moorcock, whose conflicted Eternal Champion surely has to be the Golden Age progenitor of metaphysical fantasy, but that is probably an argument for somebody far more scholarly than myself. In effect Dalton has laid the groundwork for a robust discussion of the history and context of British fantasy literature, that I can happily recommend both to fans of the fantastic and to folk who have less familiarity with the genre.

As an endnote, I’m musing as to whether Heir to the North and The High King’s Vengeance would fit into the sub-genre of metaphysical fantasy. Obviously I prefer to describe myself as an Epic Fantasist, but HTTN and HKV certainly fit a few of the definitions of the sub-genre. There is hope, and faith despite all that happens, everything that breaks or is destroyed, and though the end is not happy, it’s definitely not grim. Dalton notes that metaphysical fantasy looks at epic fantasy through a prism of the modern day yet still “tolerates challenge and difference, celebrating subversive humour and the courage to act.”

I prefer that worldview than that of Grimdark, which appears to be the only other available side of the coin as far as fantasy is concerned these days. It’s probably interesting to note too, that I approached Grimbold Books with Heir to the North as a result of finding them recommended on Dalton’s website. There’s a bit of a meta link there, isn’t there?

Let me know: am I metaphysical, or just plain Epic?